No matter what you'd done, you DESERVE to be successful and have the best life!

Which is you DESERVE to be successful and have the best life!

Even if you believed you’d done something before that had made you feel guilty.

Even if you believed you’d done something that had hurt someone you love.

You are still worthy, and you still deserve to have the best life ever!

Because logically, we know that whatever we’d done, it’s in the past.

But in our body, the guilt, the hurt, the pain had been embedded deep into our body. And it takes time for those things to heal.

To give you an example, when I was dating my now husband, my parents were extremely against it.

We fought A LOT. The energy in the house was toxic.

It went on for a few years, to the point where my mom got extremely sick because of it.

She developed chest problems, she had full on anxiety attack, and at the end she developed breast cancer.

I remembered one night, she screamed and cried so much, that she fainted in front of me. And my dad and brother were also yelling at me, saying that, if you love mom, you should let it go.

The hurt, the guilt, the pain, the shame, it penetrated my body, my psyche, and it lived in my body for these 10 years.

And I seriously believed that I was not a good daughter.

After I got married and moved out, I tried to build various business, and I jumped from one to another.

And each time, when it was about to take off, I shut it down.

I thought it was because I lost passion, or that it wasn’t meant for me.

But after processing all of my emotions this past week, I realized how much pain, hurt and guilt had resided inside my body.

I was desperately trying to prove myself.

I wanted to prove my worthiness.

But when things were about to get better, my guilt shot everything down.

I believed that because I had hurt my mom, I wasn’t a good daughter, and I didn’t deserve success.

But that is not true.

I do deserve it all.

I love my mom. And I know she loves me.

And I didn’t hurt my mom. She still love me the way that I am.

I needed to stand up for my own voice. That's why the people in my life were stopping me, because they were offering me these learning opportunities.

I have to learn to process all my emotions, so that I can stand up stronger.

I have to learn to understand what exactly I want for myself, and not be led by how other people want me to live my life.

I get to decide what I want, and it is okay to feel guilty.

I felt guilty, not because my mom got sick.

I felt guilty, because I believed that I wasn’t a good daughter (which is just a thought)

That is NOT true.

I can only be the best daughter I can be by standing up for what I want.

So I’d like to challenge you to think of a time when you felt guilty for doing something.

Did you stand up and say no to someone, and feel really guilty afterwards?

Maybe you believed you’d hurt someone.

But I want you to know that you still deserve to be happy, to have all the success in the world.

You are doing it to learn to be a better version of yourself.

You are worthy it, and you deserve it!

« The tricky question: What do you want?
Lifting the heaviness of envy/jealousy »
Are you ready to give yourself that time and energy to discover who you are and what you want? 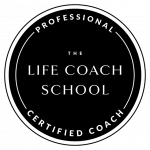